Reed Elsevier is a multi-national specialist in legal publishing online. It was a year ago that Reed, having recently settled in Iloilo City with a filial of 300 workers, first stumbled over Cameleon’s website and began imagining a partnership in Corporate Social Responsibility (CSR). Reed has a long tradition of social engagement and all of its workers benefit from two days additional paid leave each year for participating in its philanthropic work. In each regional establishment, the company chooses an association that it will support for multiple years with the help of its staff and workers. With this strategy, the direction of Reed de Iloilo, as well as the team at Cameleon, participated in a day of interactive activity between Reed’s workers and Cameleon’s beneficiaries, which aimed to both motivate the workers, and to respond to the needs of our beneficiaries.

Saturday September 19 a huge bus with 60 workers aboard arrived at 11am in our center in Passi. Reed workers were welcomed by the director and the Cameleon team and debriefed on the mission of our association. Then they were amazed by a circus representation and folk dance performed by our young girls. Encouraged to share their talents as well, three Reed workers sang hit songs selected by our girls. Reed offered lunch to all our beneficiaries and personnel, bringing boxed lunches from Jollibee, a fast-food chain in the Philippines. Even the Jollibee mascot came and danced and took photos with participants young and old! A post-lunch stroll, “discover our community,” was organized for Reed personnel. Our young girls rallied their courage and played tour guides in English, visiting the center and explaining their daily rituals to Reed workers divided into groups of ten.

In the afternoon, six employees of Reed’s Human Resources Department as well as two of our volunteers handed out individual practice interviews to 28 of our future graduates as preparation for upcoming job interviews, during which the director of human resources gave them advice as future job candidates.

During this time, the other workers participated in a volleyball tournament with our girls. There was joyous camaraderie between the mixed teams of Reed and CAMELEON and cries of excitement resounded against the gymnasium walls for each point won.
Workers who were less athletic could unwind and relax in the hands of the mothers of our scholarship students who practiced the massage techniques they had learned in the courses they took as part of our Revenue-Generating Activities Program. Through this program, these mothers who insufficient revenues from agricultural work on sugar cane plantations have the opportunity to earn the equivalent of 10 times their daily wages. Other mothers can sell their agricultural products (vegetables and plants) to earn some supplementary pesos to support their families as well. 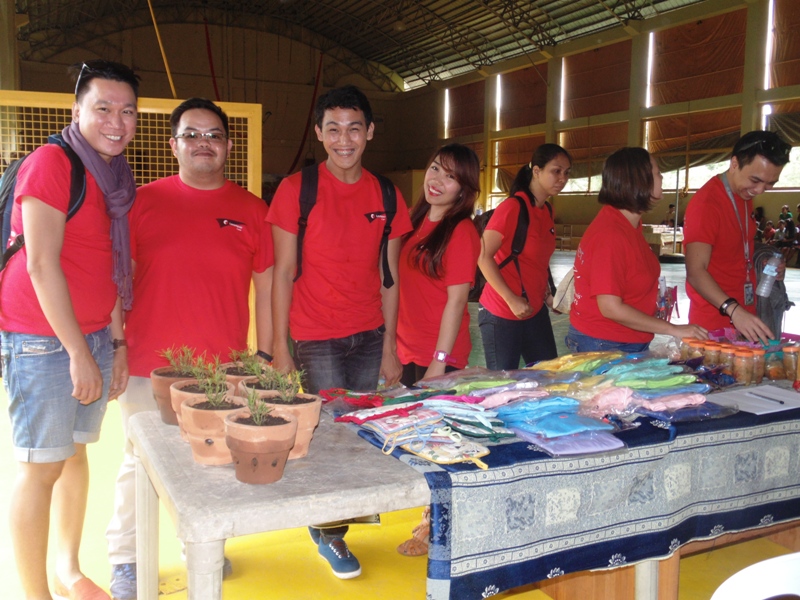 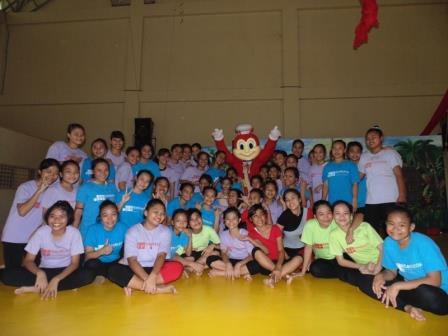 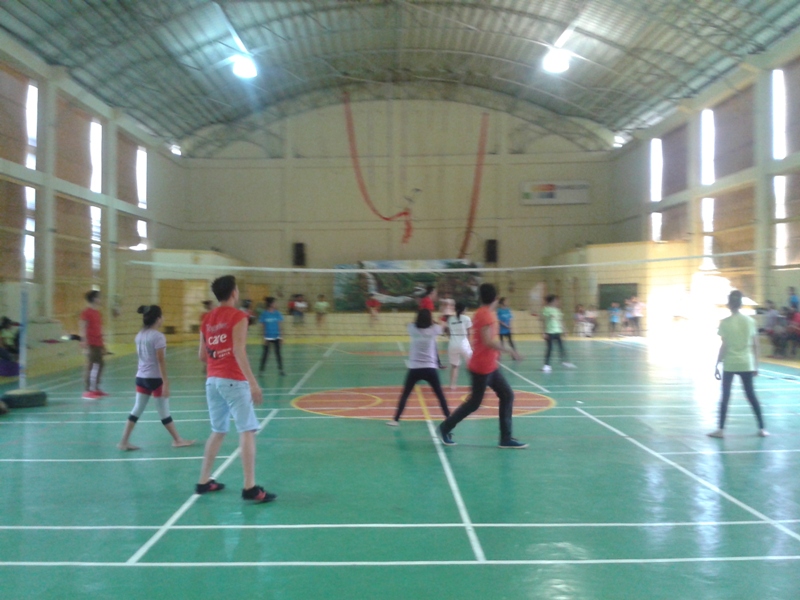 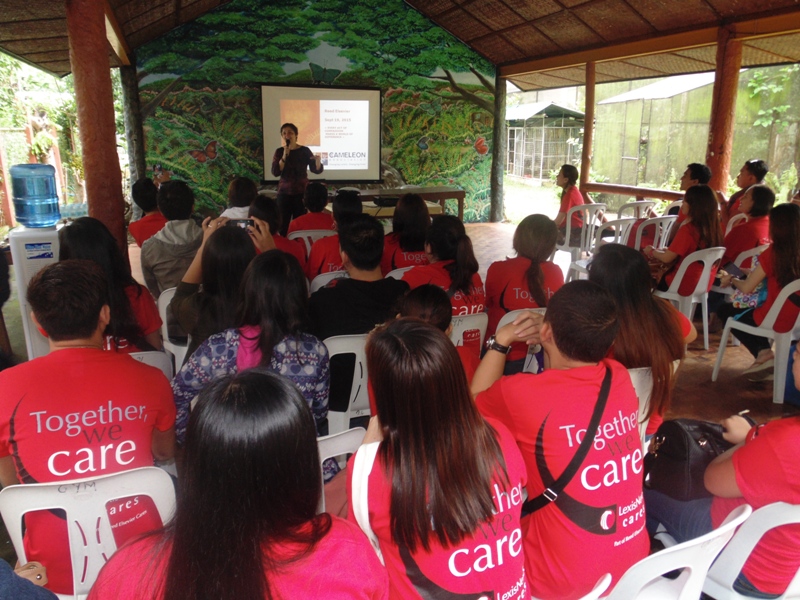 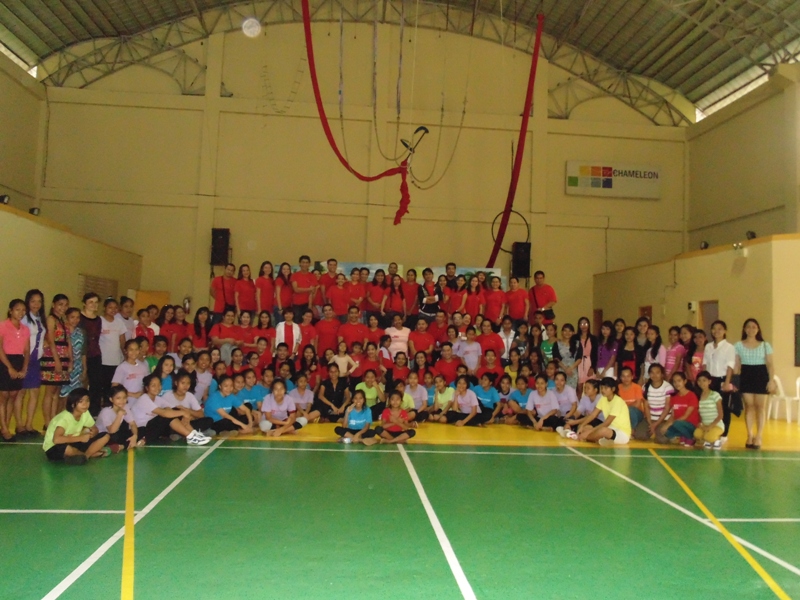 As the director of Reed expressed in the closing address, this day was a complete success and signals the beginning of a promising partnership. And already, the company’s various department services have created and proposed new actions to support Cameleon, each action the subject of a mechanical precision established around financial margins so as to avoid all attempts at the embezzlement of funds.

As of now, multiple projects have already been validated including:
• The showing of a film by Reed personnel in the movie theatre of d’Iloilo, the profits of which will be donated to our association.
• The production of meals by certain Reed workers for other workers, known as ‘Ca-MEAL-eon,’ the profits of which are also donated to our association.
• The organization of a lottery each week in which 30% of the earnings go to the winner, and the remaining 70% to CAMELEON.
• And finally, the right to not wear the uniform! Those workers who wish it will be exempt from wearing the company uniform for three days for a donation of 500 pesos (about 10 euros), the collective funds of which will go directly towards the support of Cameleon.

Through this close partnership, Reed has already raised a total of 100 000 pesos (2000 euros), mobilized its workers in a worthy cause, and encouraged their creativity.

While the majority of Reed personnel did not get much sleep before our day together, working late into the night to prepare for our exchange, their smiles nevertheless persisted throughout the day. Our young girls themselves were no less excited to make new friendships with such young and dynamic professionals, models for success that hopefully offered new inspiration.