The Humanitarian Cooperation Luxembourg (HCL) is a non-profit organization created in 1996 by François Prum and a group of friends who all remained faithful to the organization as volunteers only. Since 1997, it has enjoyed the status of Non-Governmental Organization (NGO) granted by the Luxembourgish Department for International Development Cooperation (DIDC).

In 2009, the HCL engaged in a partnership with CAMELEON, according to which the HCL presented to the Department of International Development Cooperation (DIDC) a 3-year co-financing project for CAMELEON Philippines’ activities.

In September 2012, a new co-financing agreement covering a large part of the operating costs of CAMELEON Philippines’ programs was made by the HCL and the DIDC for a 5-year period (2012-2017).

The HCL also granted moral and financial support after Quinta Typhoon and Haiyan Typhoon passed over the country respectively in 2012 and 2013, collecting private and state (DIDC) fundings to provide an emergency aid (healthcare, food) and make the renovation of CAMELEON centers as well as the reconstruction of the homes of disaster-affected families possible.

The HCL therefore became a key partner of CAMELEON. Programs and budgets have been continuously followed by Ivana Tošic, an international development co-operant hired by HCL for this purpose for the 2009-2013 period. She was replaced by Sabine Claudio in September 2013.
François Prum carries out field monitoring missions in the Philippines every two years, and works closely with Laurence Ligier and CAMELEON France.

Project – Barristers of the Young Bar of Luxembourg

Young barristers came and shared their expertise with local professionals to help them defend young girls who suffered sexual abuse and are suing their aggressors.

In 2018, two female barristers went on a mission to the Philippines, to help CAMELEON with its court program. 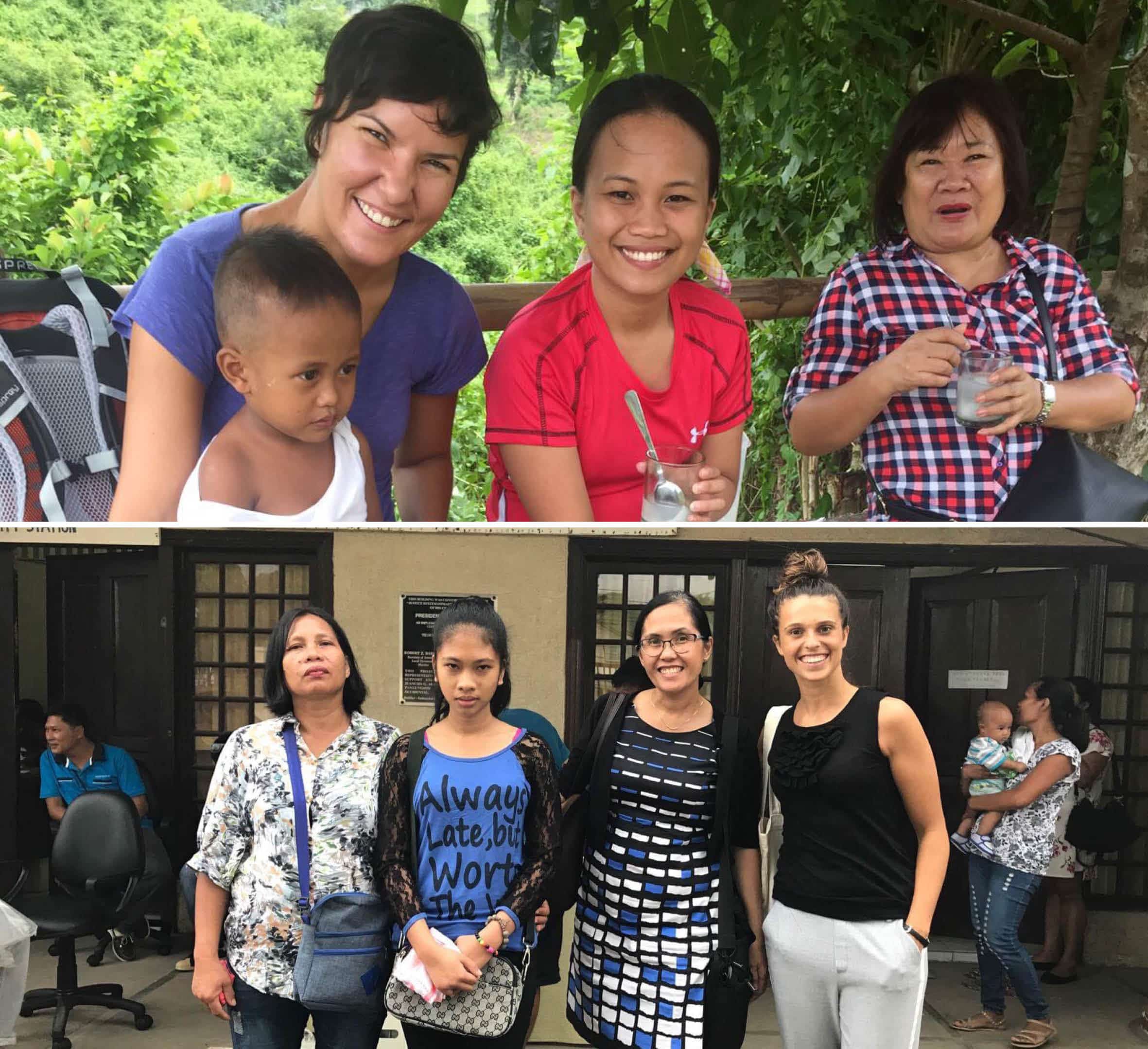 Catherine Schneiders, a young barrister of the Bar of Luxembourg, arrived on site in June 2017. She helped the teams during the progress of the legal proceedings to defend the young girls. She regularly went to Court and updated the files. Catherine also created a database in order to manage the situation of each followed girl more efficiently – by doing so, she made the handover between each barrister who will provide their help easier. This will also allow a better coordination with the Filipino team.

Sara Borges replaced her in September and went on encoding the young girls’ files into the new database. She also translated into English a French legal guide on Child Protection. A Filipino barrister suggested to have his law students adapt it to the Filipino judicial framework. Eventually, she prepared a presentation on the judicial system and organization and on the way to manage hearings for the organization’s staff, and especially for social workers.

OUR PARTNERS IN LUXEMBOURG

Make a donation to CAMELEON Luxembourg

> Via Paypal in Euros