Context in the Philippines

In 1990, the Philippines approved the International Convention on the Rights of Child (UNCRC) and adopted several laws about the protection and promotion of Human Rights. However, despite a legal environment conducive to the implementation of public policies, their enforcement takes a long time and remains uneven, hence the emergency to implement field actions of prevention, protection and rehabilitation. This is what CAMELEON has been doing for more than 20 years in the province of Iloilo, on Panay Island, in Western Visayas, or in the Philippines in general. 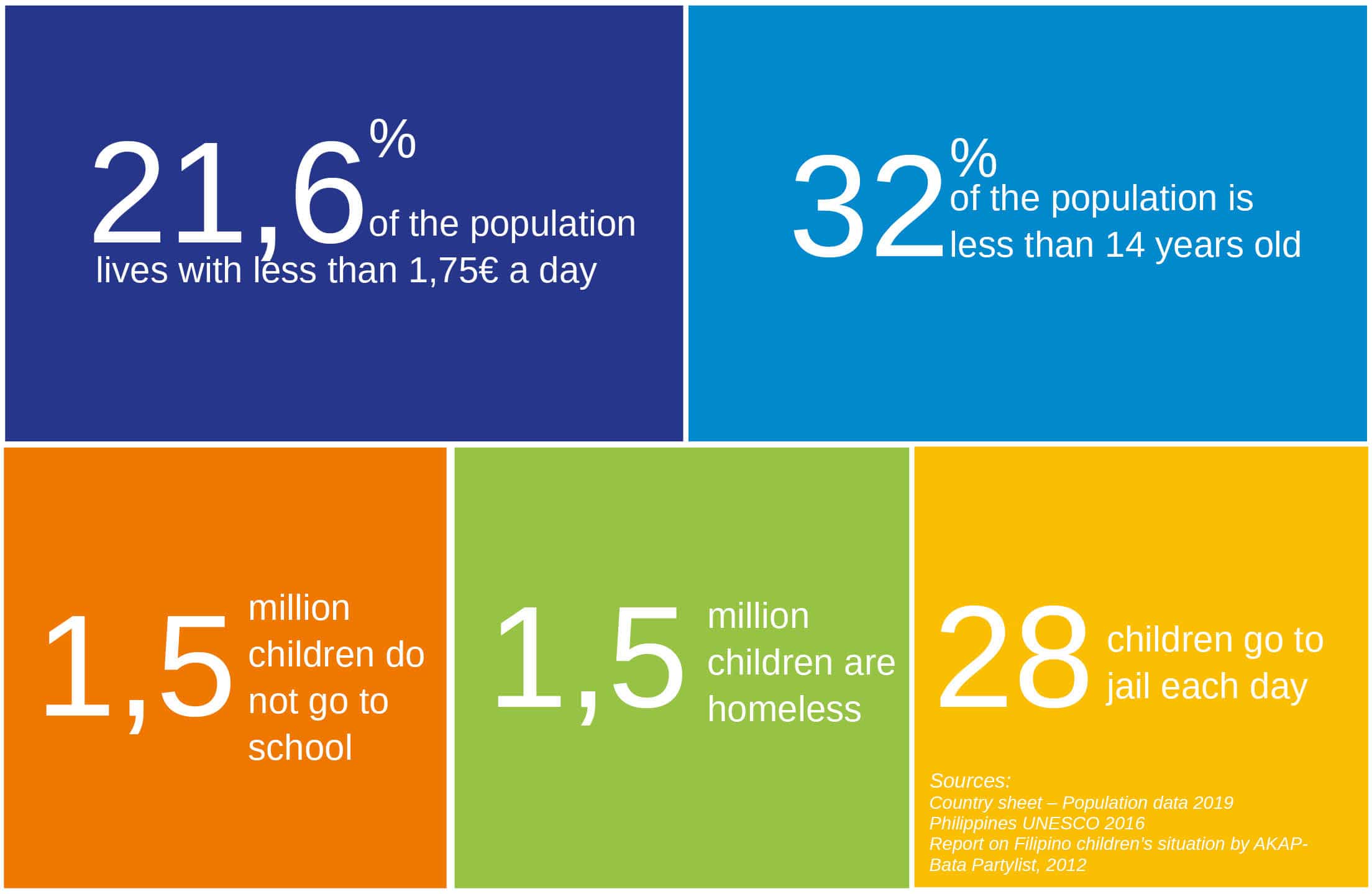 About 7,000,000 children are sexually abused every year in the Philippines.

More than 70% of sexually abused children are between 10 and 18 years old. Among those victims, 20% are under 6 years old. Cases of child sexual abuse are one of the most common issues that the Department of Social Welfare and Development (DSWD) has to handle after abandonment and neglect. Despite the Anti-Rape Law of 1997, rape remains the most frequent type of sexual abuse, followed by incest and fondling. 98% of rape victims are women. The incest percentage is another alarming data: 33%.

Most children who are sexually exploited for commercial purposes are victims of prostitution or pornography. 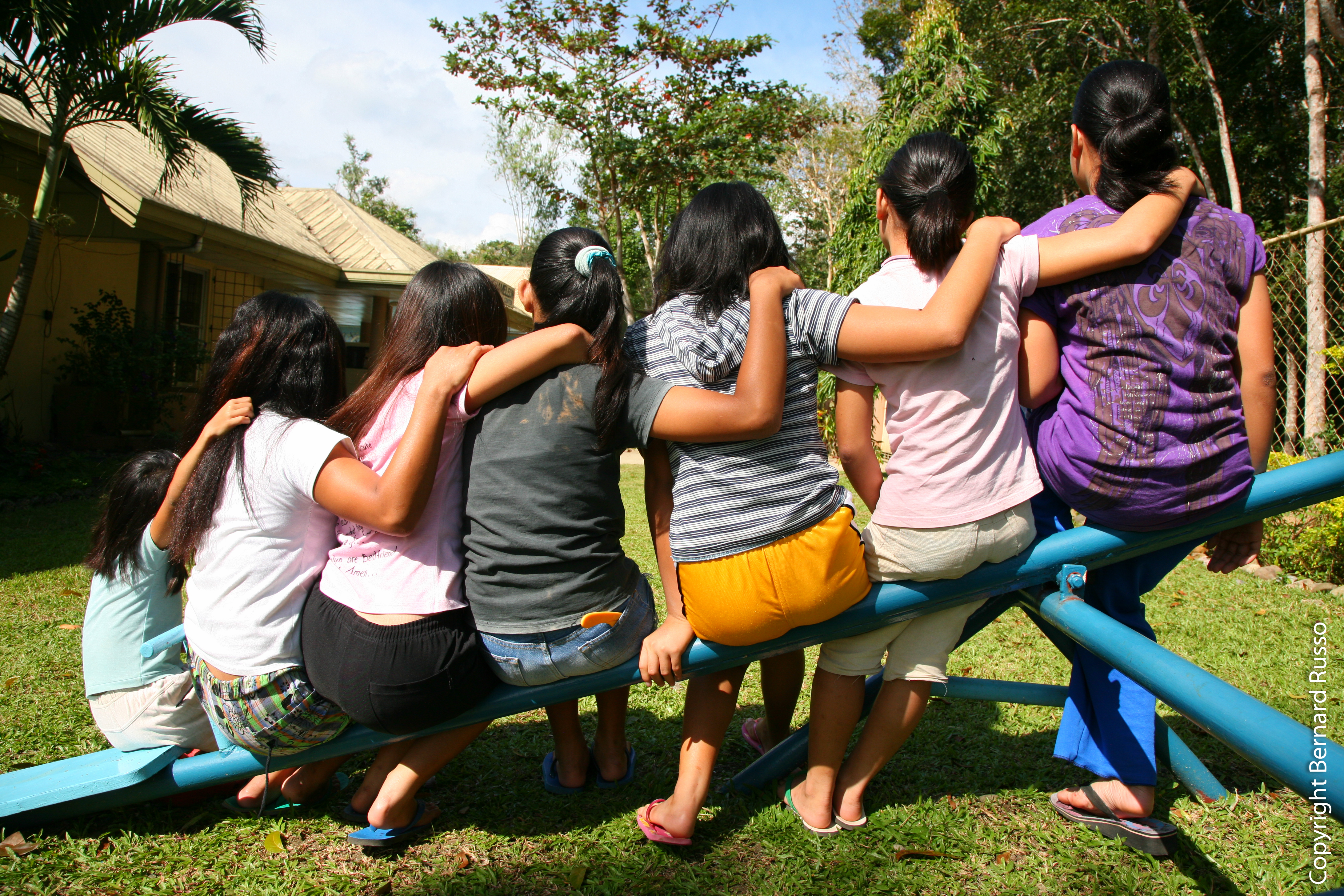 Even though the total number of child abuse cases handled by the DSWD decreased, the number of child prostitution cases slightly increased. Most of the time, it is very difficult to have a clear view of the situation and even harder to take action since the bars and the prostitution and sexual tourism networks are controlled by influent politicians or people (locals as well as foreigners) usually connected to other criminal networks (weapons, drugs.) Likewise, while the total amount of internet pornography may seem quite low, it could be a lot higher if the victims had pressed charges or asked for help to public services. The same goes for child prostitution, sexual abuse and incest cases. Internet prostitution is more and more common in the Philippines, whether it is in urban areas or in the countryside.

Girls as the first victims of poverty

98% of these sexually abused children are girls.

The 2015 Child Protection Network Annual Report states that 87% of all cases of sexual violence are girls, 11.7% of which occurred in the family home. While victims of sexual exploitation for commercial purposes are predominantly 13 to 18 year-old girls, some of them were forced into prostitution from age 10 for the youngest ones. Besides, young girls are far more affected by STDs and AID/HIV. They also are usually illegally recruited (especially girls from rural areas,) and are victims of sexual discrimination – they are taken out of school, forced to work and/or to prostitute themselves, etc.

Year after year, nothing is changing and the situation is even getting worse. It is directly linked to a persistent culture of discrimination towards girls and women in families and society, as well as a lack of services and equipments enabling (pre)teenagers to be taken care of, especially girls living on the streets victims of sexual abuse.

The keys to understand

Regardless of the data used, it is only the tip of the iceberg since only the cases reported to the police or to a qualified authority are taken into account, and not every single one. If we knew about all the cases which have not been reported, data would show considerably higher, and thus worrying numbers. The fact that the victims remain silent is inherent to the Filipino culture, as is the shame to speak up since such incidents “tarnish” the family’s reputation.
This is especially true when it comes to the cases of incest. The vulnerability of children can be explained by different factors such as poverty, the influence of alcohol or drugs, gender-based inequalities, the way parents consider their children (they are considered “owned” , not free, and cannot have opinions or rights), and the lack of education (and especially of sex education). The extreme poverty often causes tense relationships between the victim’s family members, and when combined to a past made of abuse cases, it contributes to trivialize child sexual abuse within the family. Likewise, the influence of alcohol and drugs, mentioned in one case out of four, seems to be a major factor of domestic violence.

Most of the time, Filipino children are raped by their fathers or uncles. Those men usually are 30 to 40 year old, and do not have a stable job. It has been noted that most incest cases take place in the family home when the victim is alone.

Despite the fact that women have great responsibilities within the Filipino family, they do not have any power when it comes to decision-making. Men are considered the stronger gender: they have the power, thus confirming gender inequalities. As a lot of mothers are submissive, dependent and helpless, girls are more vulnerable and often sexually abused. The culture dictates that the family’s morality should remain secret and that children should remain silent instead of reporting crimes that could create scandals and wreak havoc among their relatives. All these cultural factors are making cases of child sexual abuse a constant and lasting situation in the country. Most victims adopt the culture of silence and suffer without saying a word.

As for the young victims, the lack of general education and especially of sex education is mentioned as the reason why two children out of three do not report the crime: they do not realize that they are being raped. This tragedy is strengthened by the fact that the abuse is perpetrated by people they trust and were supposed to protect them.