CAMELEON’s social mission in France and solidarity actions in schools 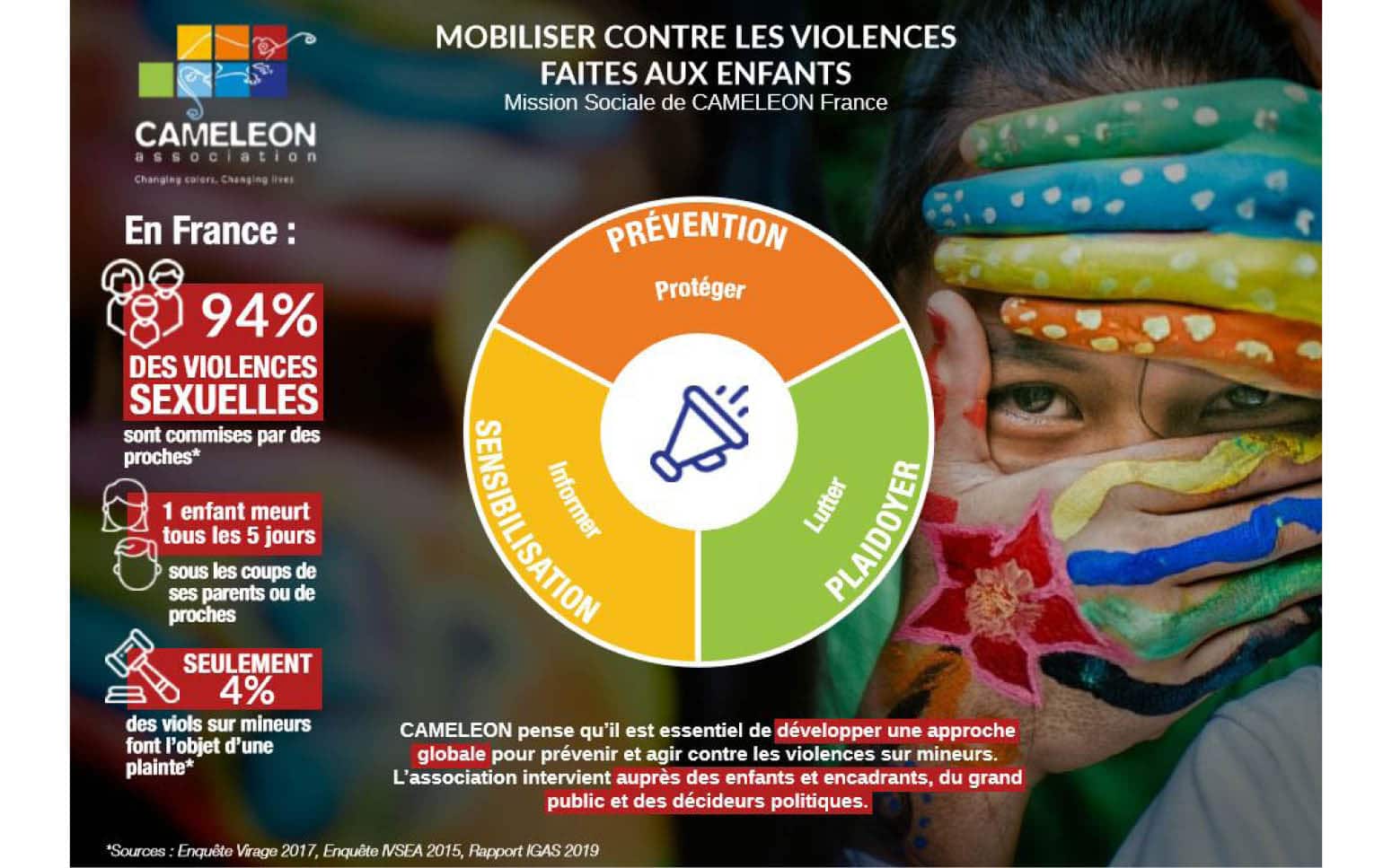 CAMELEON yearns for a world without any sexual abuse. In a world where sexual abuse is insidious, trivialized, taboo and rarely punished, nurtured by the culture of “silence” induced by ignorance, fear, shame or denial, it is urgent to ACT.

In France sexual abuse on underaged is as unspoken and existing as elsewhere:

The scope of action is developed around three main axes: prevention, awareness and advocacy.

The first step: prevention and awareness program in schools is described below.

The program « Actions in schools » in France

For several years now, the association has offered (and still is offering) awareness to children’s rights and international solidarity workshops for pupils from first grade to the end of secondary high school. CAMELEON helps the pupils to discover their rights and responsibilities as well as the International Convention of Children’s Rights. CAMELEON promotes citizen civic behavior, equal rights for girls and boys and commitment of young people by giving understanding clues on the world in general and offering to accompany them in solidarity actions.

Our position is part of a popular education approach as well as training to human rights using playful formats, debates and role-playing. These workshops last between 1:15 hour and 3 hours pending age of the pupils and availability of the teachers interested.

Within the frame of a partnership signed with Air France Foundation in 2019/2020 we have improved our pedagogic offer for schools by strengthening our prevention actions against sexual abuse. We have also developed training sessions for both teachers and parents.