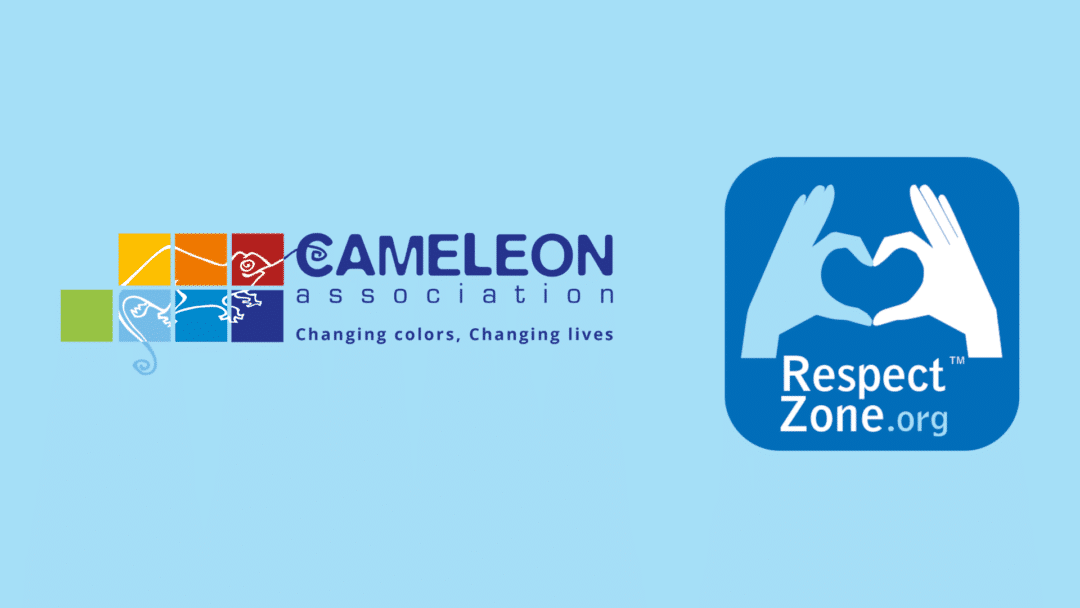 This original partnership enables both associations to share their expertise to ensure an improved prevention for underaged in France as well as in the Philippines.

CAMELEON France will further develop its teams’ and their environment training about online protection of underaged. This is the landmark of Cameleon’s will to bowl out any kind of cyber abuse in compliance with the charter Respect Zone NGO.

RESPECT ZONE will raise awareness of its own teams, more specifically on cyber child abuse. Through this partnership they will stress their will to work in direct relationship with child protection associations, accompanying them, regarding especially cyber  pedophilia and taking legal action.

Children are exposed to cyberviolence from an early age; they are the more vulnerable as they spend more time behind their screens due to the COVID-19 pandemic. According to Interpol online cyber child abuse exchange volumes have been multiplied by 10 in March 2020 – whereas 750,000 online child sexual predators were constantly seeking new victims on Internet! It is alarming to see the apparition of new practices threatening underaged through Internet and social networks:

CAMELEON and RESPECT ZONE wish to join their forces to dike this scourge and build a safer Internet environment for children and teenagers.

Our actions within this partnership:

As they have been interacting within schools for many years for the benefit of thousands of children RESPECT ZONE and CAMELEON are developing a common pedagogic tool on cyberviolence and cyber child abuse.

Both partners also wish to work on campaigns and innovative prevention tools to communicate and raise awareness of general public to this international scourge as well as carry the voicing of child abuse victims.

In terms of advocacy both associations will voice the following demands to the public Authorities: