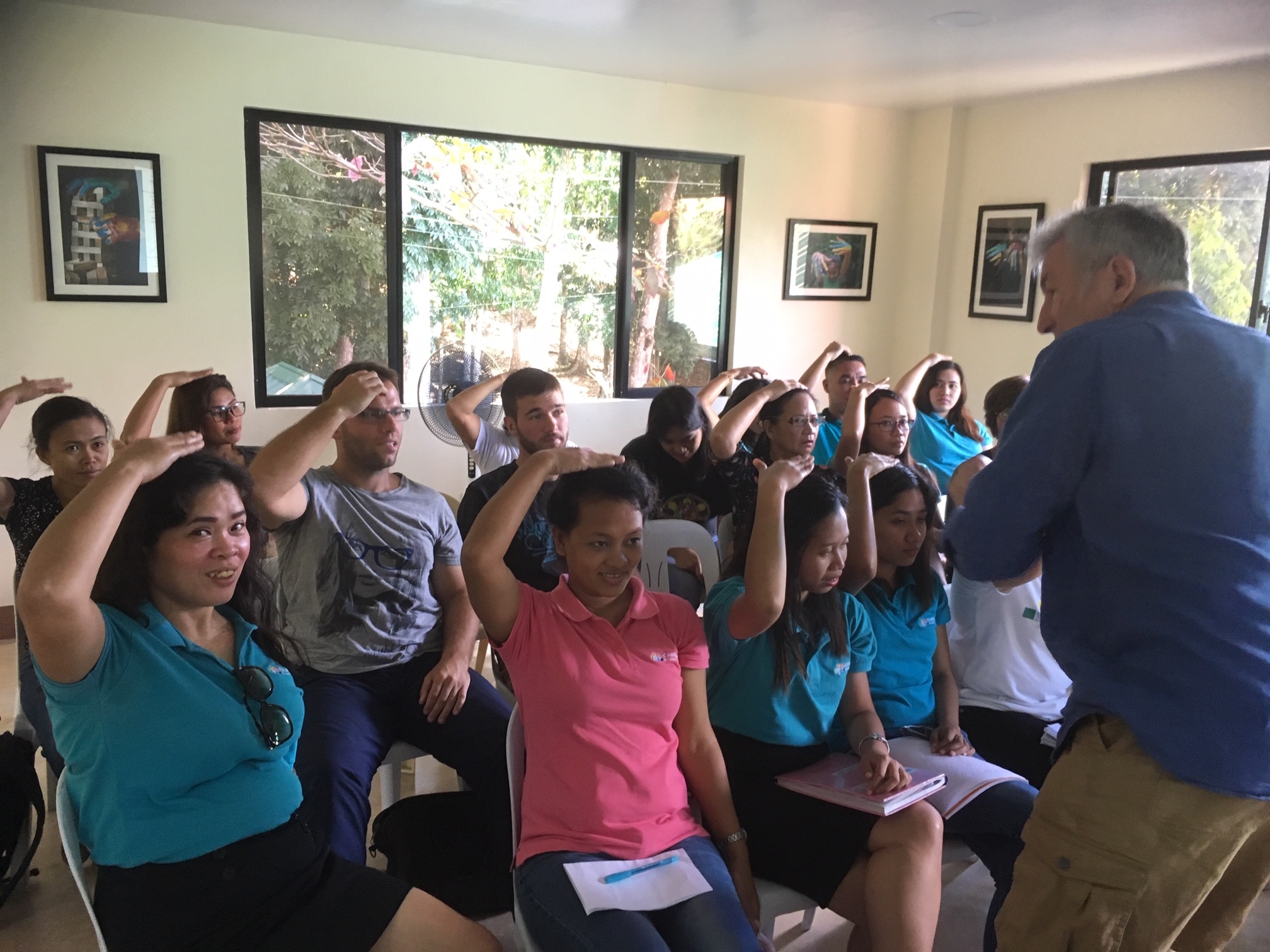 Michel Labrosse, EFT (Emotional Freedom Techniques) psycho-practitioner, went to the Philippines for a month to train the CAMELEON’s managers and young girls in this practice.

EFT is a brief psycho-energetic therapy invented by Gary Greg, an engineer from Stanford, USA. Its aim is to deprogram an emotion linked to a traumatic memory. It has been scientifically approved in 2012 by the American Psychological Association.

Inspired by Chinese medicine and American psychology, EFT is immediately effective. Through this therapy, it is possible to work on different traumas such as phobias, addictions, emotional shocks, emotional losses or aggressions.

The principle: focus on remembering the trauma while tapping 14 of the main meridians. By repeating the action, the emotion fades until eventually disappearing completely.

The advantage is to be able to treat oneself, and thus deprogram an emotional memory, preventing it from becoming a time bomb.

Michel, after watching videos about the Philippines and CAMELEON, decided to get involved in a « smart trip » and flew to Passi. He stayed for 15 days in February and another 15 days in March. After the translation of the EFT protocol, about 20 team members (house mothers, social workers) were trained and some girls were treated. “I’m very happy to have come and been able to pass on this method. The contact with the girls is a real pleasure, there is so much life, they are great. One really should experience it once.”  Michel