Corinne, a very committed CAMELEON volunteer and godmother tells us her story 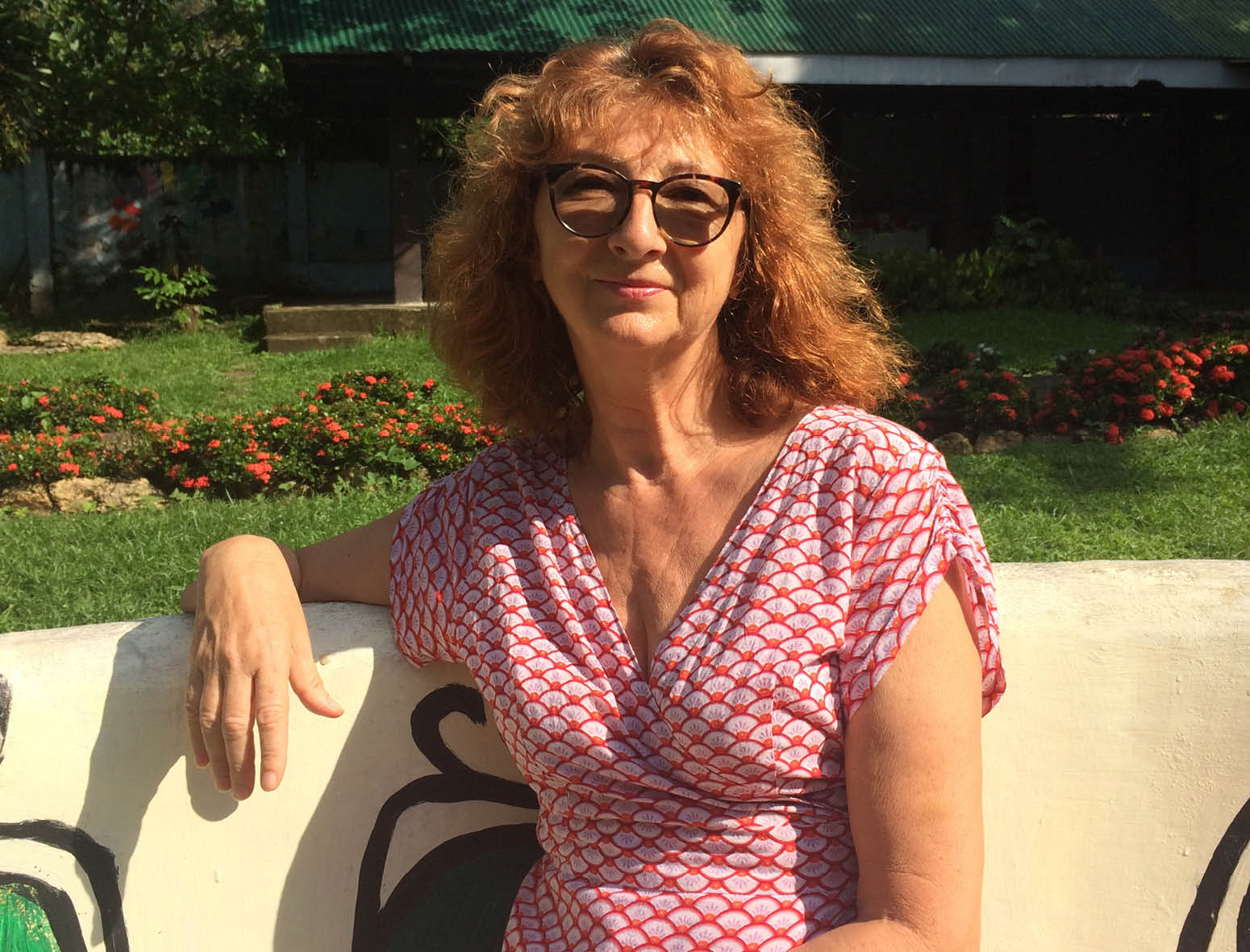 How did you find out about CAMELEON?

I used to live near the organization’s former offices in the 14th arrondissement of Paris, and after walking by a few times I started doing a little research. The organization seemed perfect for me – at the time I wanted to volunteer not only in Paris but also abroad, and CAMELEON offered both possibilities.

When did you start?

Around two or 2½ years ago.

Because the skills I was offering were not the usual ones – I work in the hotel business, and that is not always something that can be useful to organizations. However, CAMELEON was immediately interested, and I was also able to run art workshops, an idea that CAMELEON also liked.

During your time volunteering in France, what were you tasked with?

In the beginning I was mostly with the events department, organizing and attending events. I was supposed to start working in the school intervention department, particularly canvassing schools. Unfortunately, I do not have much experience in this domain, and despite my best efforts, I was not really able to make this project come to life.

You are a godmother too?

Yes, I became a godmother after returning from my first mission in the field.

After how long did you decide to go to the Philippines for the first time?

After 5 or 6 months of volunteering in France.

Why did you want to go?

Volunteering with an organization allowed me to see the results of my work on the field. It was very important for me to understand, see and be around the people I was committing to.

Did you have any apprehensions before leaving?

Not really! I had already travelled, so that side of it did not frighten me. CAMELEON is also very good at preparing its volunteers. There is a lot of information available to you before leaving.

What did you feel while teaching your profession to children who have been subjected to violence and are also from a very different culture to yours?

It was very interesting and gratifying because children over there are less spoilt than ours and are really happy to take everything we can give them. They are really pleased we are there and that we are teaching them something – you can see it on their faces, they are really enthusiastic. You create a real bond with them. In France, I would not be capable of teaching a group of children, but over there it is completely different. So you became a godmother after returning from that first trip, and met your goddaughter on your second trip. Tell us about it.

It was moving and emotional. Receiving letters is not the same – it is very different having the person right in front of you. I could really see the emotion she was feeling; it was really sincere. Sometimes you get the feeling that sponsoring a child means just giving money and getting a few letters in return, and that the child has the same impression, but in fact it is not. I sincerely believe that support is important for the child, whether it is through letters or meeting up. I actually saw the same thing with other children in the same center as my goddaughter; whenever they received a letter they were super happy, and kept it with them for several days.

Will you be going back a third time?

Did you encounter any difficulties?

You have been back two months, and in addition to these two trips and your volunteer work, you’ve done a lot of things in France. For example, you were happy to use your network to help us organize our “Frontiers” exhibition. How did you introduce CAMELEON in this context, and what reactions did it get?

The people around me already know that I volunteer for CAMELEON and they understand the cause. In fact, it is a little complicated because they love to hear all about my trips to the Philippines, but it is more difficult to get them to actually do something afterwards. It is something I had trouble understanding, but in the end I accepted it – you cannot expect everyone to get involved in something you feel is important.

Organizing an event is a really good way to help mobilize people because there is an entertainment aspect to it. I talk about CAMELEON quite a lot, and people often ask me how my volunteer work with the organization is going. It has become a part of my life now.

You also got your 17-year-old daughter involved by organizing a concert. Looks like you are preparing a future godmother and volunteer in France!

We had been talking about it for a long time, and I knew she had quite a few musician friends. In the end, she and a friend used their time and energy to get the project going. They were really proud of what they achieved, really happy, despite the great effort it required.
They also learned a lot at the same time because they had to organize everything, requiring skills they do not use in their everyday life. In the end, they were really happy to have raised money for a good cause, and I think it is important that my family takes an interest.

Click here to see some photos of the concert

Regarding your charity work in France, do you have any projects planned for the next few months?

Yes, we are currently thinking about a more solid organization of our volunteers in France. I would become a sort of general coordinator for volunteers in that organization, particularly for everything related to communicating, mobilizing, federating, etc.